Over six months after the EU Ecodesign law regulating vacuum cleaners was passed in September 2017, a large number of vacuums on the market still remain non-compliant. The regulations limit vacuum cleaner motor sizes to 900W and specify noise limitations of 80 decibels. The rules also set minimum cleaning standards and durability requirements for vacuum cleaners manufactured and sold in the EU.

Some of the vacuum cleaners on the market today continue to measure well over 80 decibels which are as loud as a lawnmower or a busy road in a high traffic area. There are numerous older model vacuum cleaners currently available for sale in the EU that do not meet the EU Ecodesign requirements over six months after passage of the law.

Vacuum cleaners currently for sale that do not meet noise rules are made by manufacturers including Argos, Shark, Bush, Hoover and Vax. Both Argos and Shark state that their non-compliant models have been discontinued; however they are still readily available on the market in many locations in the EU. Manufacturers of Bush, Hoover and Vax vacuums claim that their models still being sold today are compliant with the new EU noise regulations. On the contrary, independent testing of the vacuum cleaners has found that their noise levels do, in fact, exceed the 80-decibel limits.

Some Models not Meeting Cleaning Requirements

The energy label requirements that are part of the Ecodesign law include minimum cleaning standards for vacuum cleaners sold in the EU, but some vacuums do not even come close meeting them. Some of the vacuums tested left the fine dust on carpets, left dust trapped in crevices on hard flooring and did not pick up hair even after several attempts. Some of the vacuums that did pick up dirt and dust particles were not able to keep them confined in their bags, and released allergens back out into the environment.

Vacuum cleaners are an expensive appliance; therefore it is vital that consumers know which ones meet EU minimal noise and cleaning standards and which ones fall short. Features to look for include ability to suck up dirt and dust particles and retain them in the vacuum bag, the suction power that remains strong even after the bag or dirt receptacle begins to fill and pet and human hairs are picked up on the first pass (especially on hard flooring).

Some vacuums still being sold at major retailers today exceed the 900W noise limit, and models like the Dyson Cinetic Big Ball Animal Upright are readily available in stores across the EU. Many non-compliant vacuum cleaners were imported prior to the introduction of the EU Ecodesign regulations, but it is still surprising how many of these models are available on the market.

Further, it is shocking that the government is not doing a better job of policing the retailers still selling non-compliant model vacuum cleaners when there are so many that meet the new requirements being available for sale in the EU. The Department for Business, Energy and Industrial Strategy (BEIS) has been notified of the non-compliant vacuum cleaners still being sold.

Some of the newer model vacuum cleaners that meet the regulations passed in 2017 have been found to pick up over 80% of fine dirt on carpets and floors and operate at 65 decibels, which does not exceed normal levels of conversation. There is no reason that non-compliant vacuums should still be available on the market in the EU when so many compliant versions, that perform superbly in all categories, have been developed and are easy to find at major retail stores. 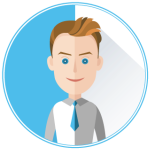